A resource group consists of the two datastores created in the last step and at least 16 CPU cores with CPU Pinning enabled. 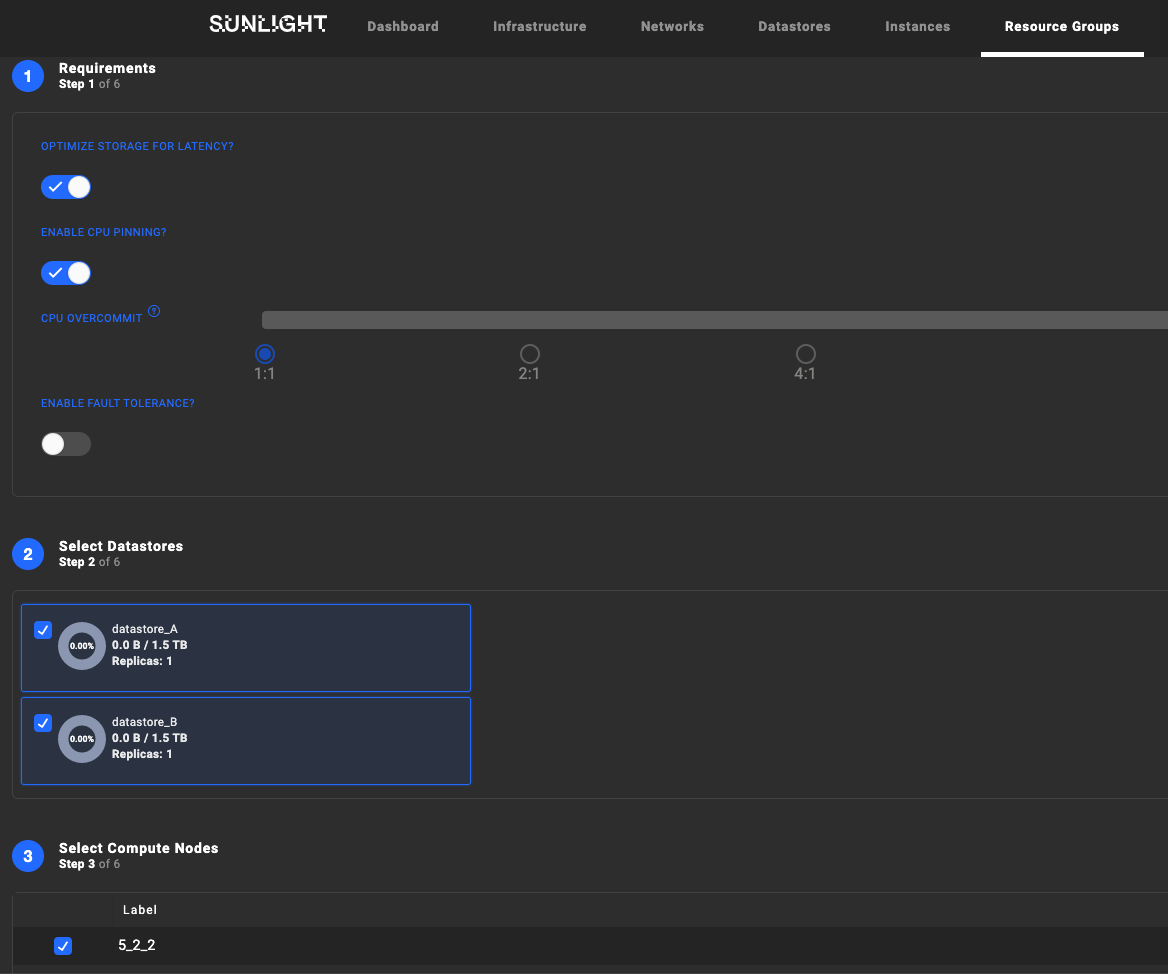 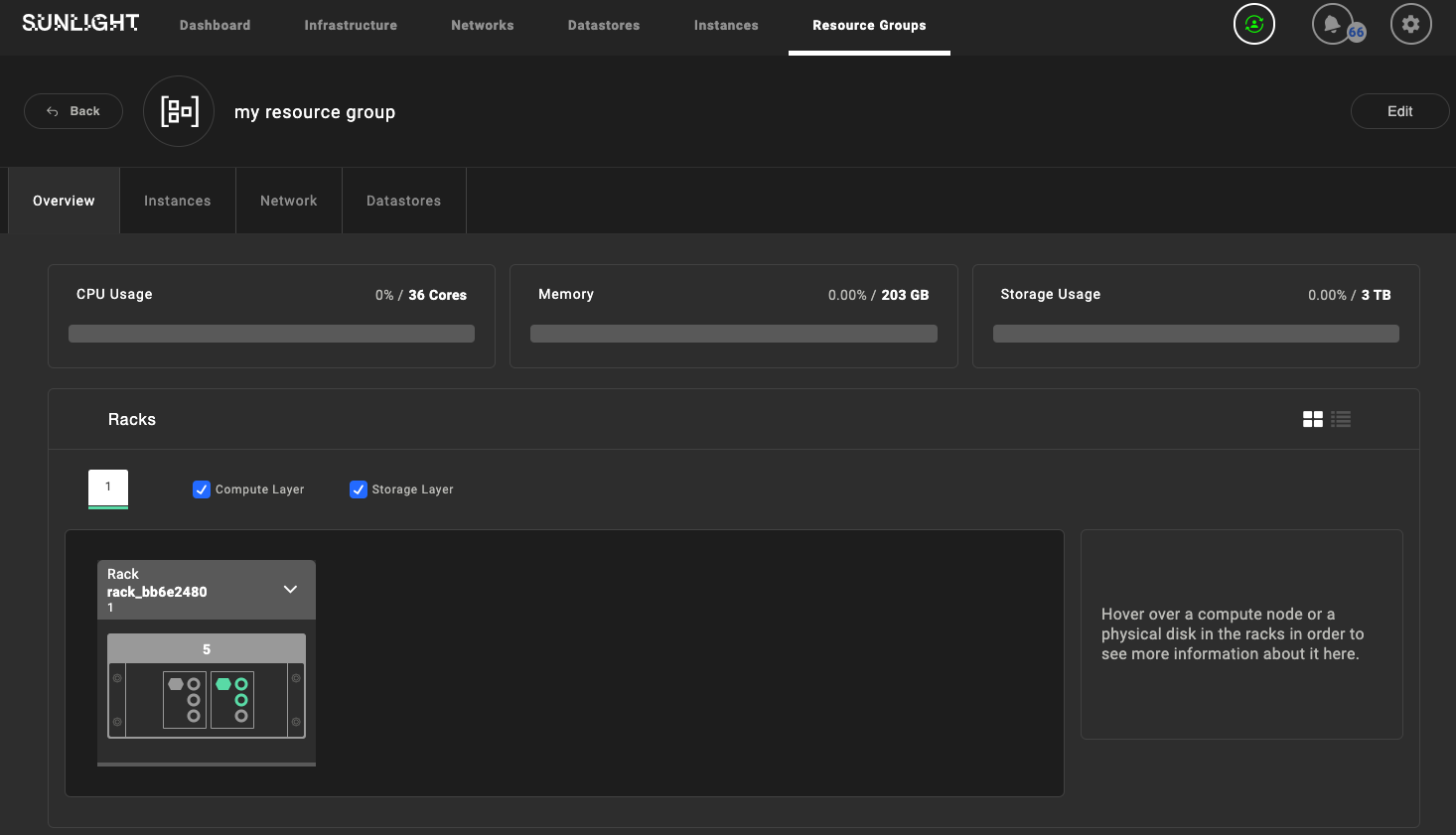 The instance template contains the operating system for your virtual machine. 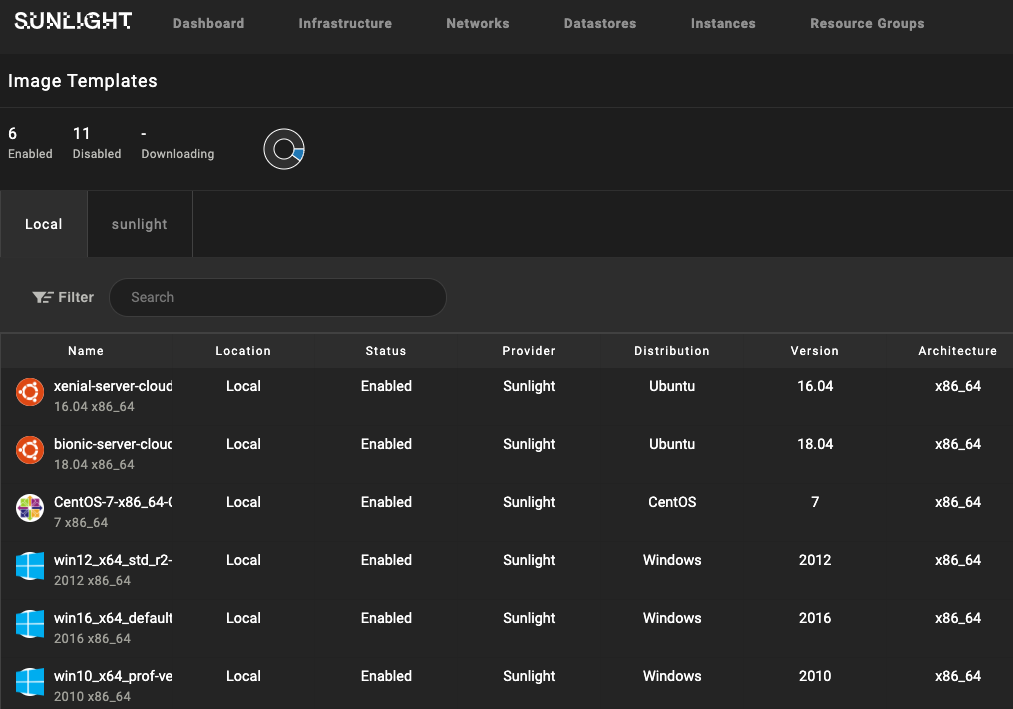 A virtual machine instance is created within the pre-created resource group and with two ephemeral virtual disks from two difference datastores. 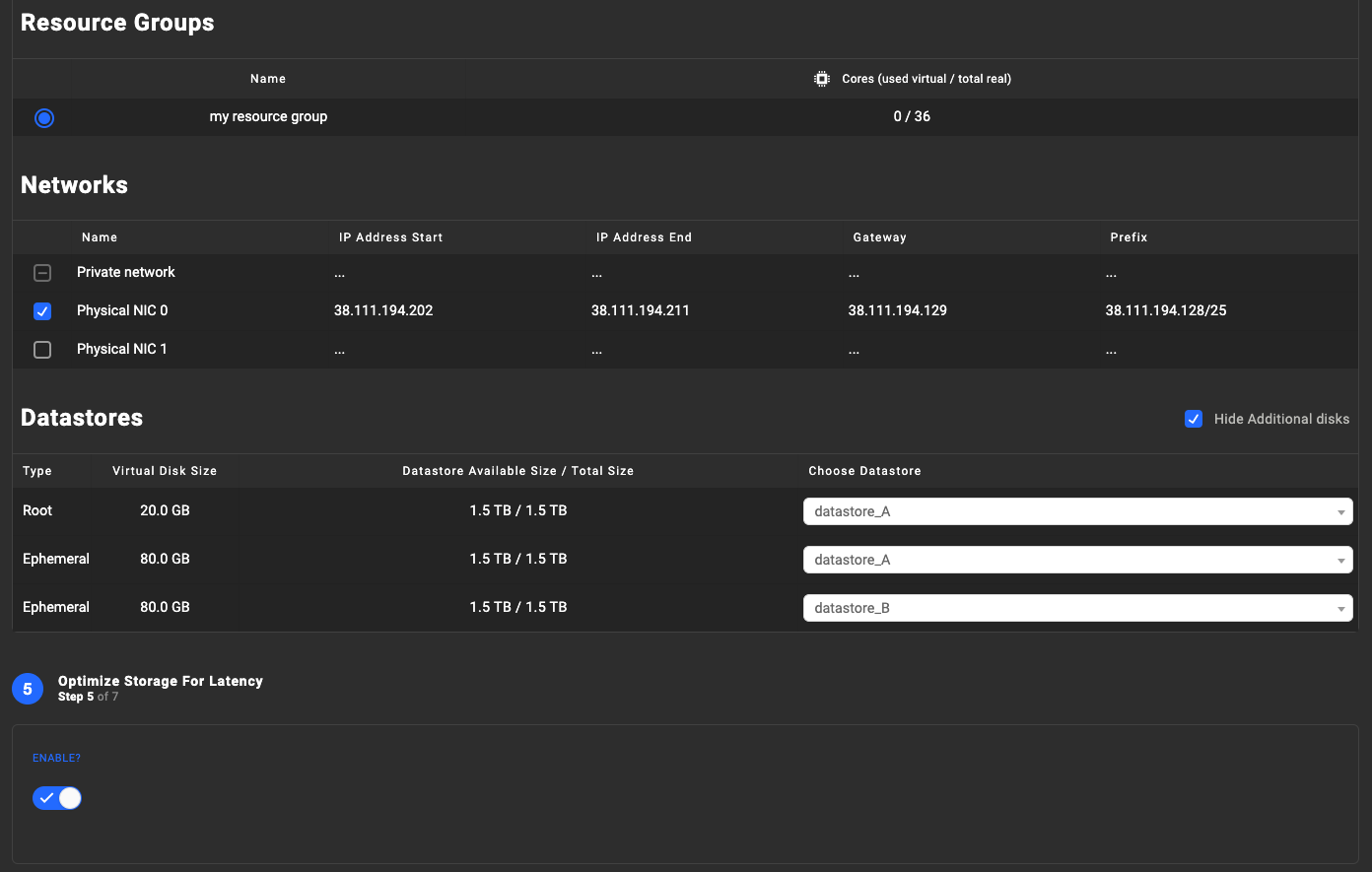