PostgreSQL is one of the most popular open source relational DataBase applications in use today. There is significant community support for the database with tools and scripts that have been developed to assist with management and access to the DB.

The PostgreSQL DB application has been tested on the following:

Benchmark test tool is the pgbench application that is shipped with the PostgreSQL application package.

This table provides the measured results of TPS with two selected number of concurrent users (i.e. 32 and 128) to show the comparison. The full results are available in the figures in the next section.

Equivalent test on Sunlight executes around 2-3 times faster than on AWS. When the number of concurrent users are more than 32, the TPS on Sunlight is limited by the CPU availability, as the CPU resources are used to handle the user requests and there isn't enough CPU resource available to process the transactions, which is illustrated in the figure "CPU usage of PostgreSQL".

Since the AWS r5.2xlarge instance has better CPU spec than Sunlight (3.1 GHz vs 2.2 GHz frequency), the following tests are conducted to compare the performance of PostgreSQL using VM vDisk and RAM disk as database storage under the same VM (i.e. the same environment including the same CPU spec). 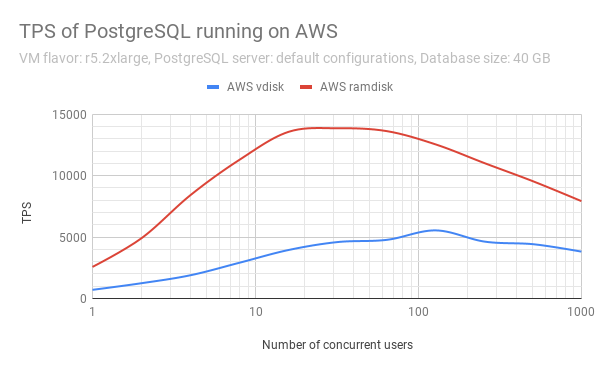 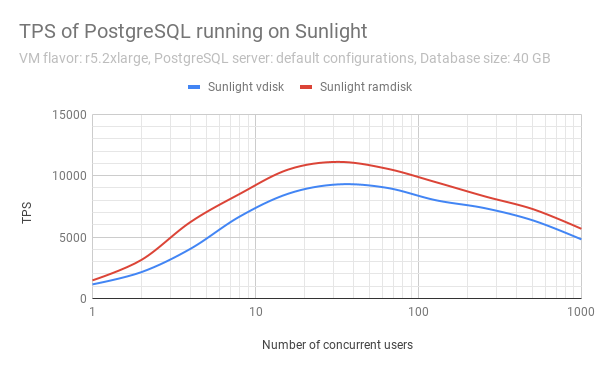 The corresponding CPU usage of the above tests are illustrated as below, which shows that the TPS with AWS vDisk is not limited by the CPU resources at the full range of the tests, so the TPS is limited by the storage performance of AWS vDisk. For the other cases when Sunlight vDisk and ramdisk on both platforms are used, the TPS is bottlenecked by the CPU resources, which reveals that the performance of database is not bottlenecked by the storage of Sunlight platform. 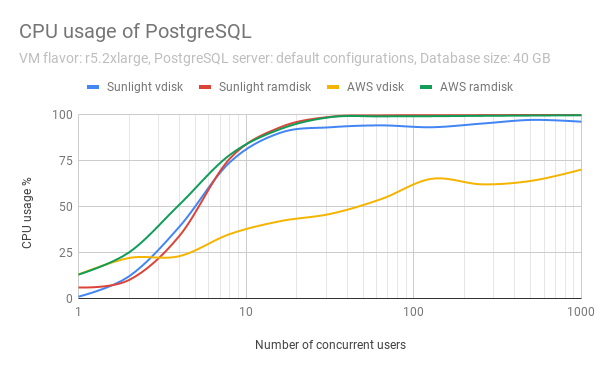 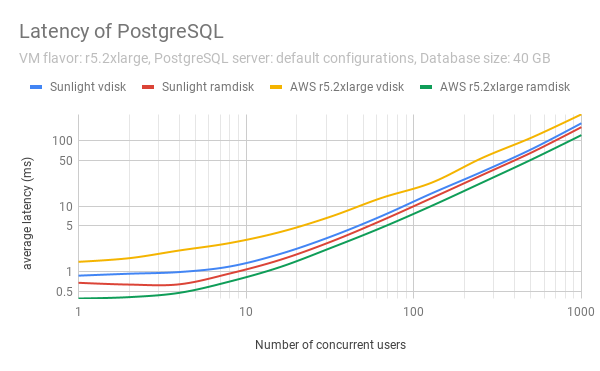 Since the above tests are based on instances with CPUs of different frequencies, another AWS instance type of i3.2xlarge which has CPU frequency of 2.3 GHz is tested against Sunlight platform. 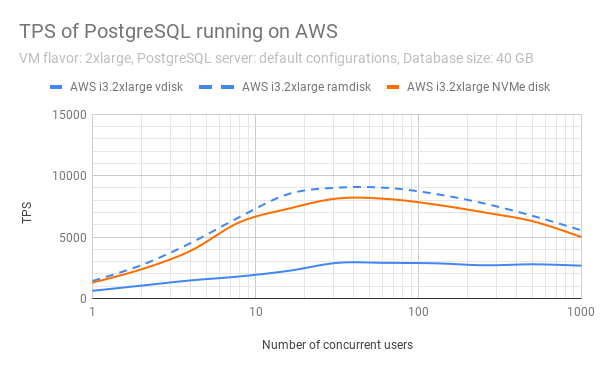 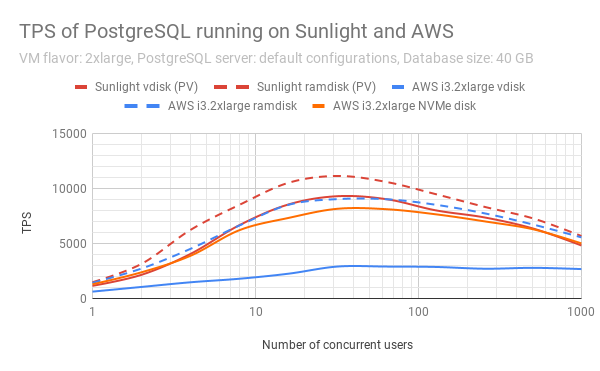 The above results demonstrates that Sunlight could achieve the same performance as the ramdisk on an AWS instance with similar CPU specs.